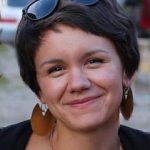 Ursala was homeschooled until Junior High with both parents working from home as self-employed artists. During that time she began studying graphic and web design, and learned first-hand from her parents about how to run a business. In high school she started her own freelance graphic design business, which continues to support her family today. Ursala strongly attributes her drive as an entrepreneur, artist, and life-long-learner to her early years, learning alongside her parents at home.

She studied business, psychology, and global citizenship at Fort Lewis College before graduating with degrees in art, Spanish, and sociology. Throughout her college career she was continuously reminded how necessary public education is in facilitating healthy communities and social change, an idea which drove the founding of Pagosa Peak Open School.

Ursala sees the project of opening PPOS as a macro-version of the projects that the students at the school work on today: real, meaningful work that is the result of engaging the community, diligent research, financial planning, solid team work and a clear mission. 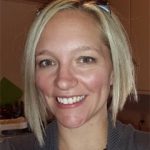 Ashley grew up in Pagosa Springs. After high school, she received her Bachelor of Science Degree in Human Development and Families Studies from Colorado State University. This took her to Dallas and on to Nashville where she worked in children’s hospitals with the primary goal of bringing understanding and comfort to seriously ill children through play and developmental learning support. She returned to Pagosa after several years and worked for the Department of Human Services as a family advocate until she took time off to stay home with her two children.

In 2016 she received her Master in Public Heath through the University of California Berkeley and is currently the Outreach and Evaluation Coordinator for Rise Above Violence.

Bill Hudson, Board Member and Co-founder

After briefly attending Stanford University on a scholarship, Bill Hudson escaped to Juneau, Alaska where he raised three children, built musical instruments, operated a successful graphic design business, served on the founding board of the Alaska Folk Festival, developed a visual arts program for the Juneau Fine Arts Camp, worked in the state-sponsored Artist-in-the-Schools program, and produced family-oriented theater productions at Perseverance Theatre.

Bill moved to Pagosa Springs with his family in 1993, and promptly founded the Pagosa Pretenders Family Theater, a unique family-centered theater company that won an El Pomar award for artistic excellence in 2004. He also produced the popular Whistle Pig Concert Series, and co-founded Artstream Cultural Resources, an arts-in-education non-profit that won support from, among other organizations, the Smithsonian Institution. He co-founded the Pagosa Summer Arts Camp for Kids, in collaboration with art teacher Tessie Garcia.

Bill is currently editor and publisher of the Pagosa Daily Post, an online community news magazine that he founded in 2004. He has written extensively about education issues in Colorado’s southwest. 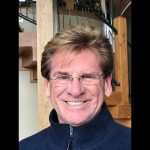 Mark received his Bachelor’s Degree in Marketing and Macro Economics from the University of Wisconsin, Whitewater. He is the Chairman of the Board and Majority Shareholder of Rydin Decal, President and Majority Shareholder of MW Assets and Management, Inc. Mark was also President, a Board Member and an intellectual property developer at Parelli Natural Horsemanship, a Director and Shareholder of First Southwest Bank, Director of Marketing and Founding Member of the American Chartered Bank of Illinois, and Director of National Accounts Marketing for the Polaroid Corporation.

A successful student in Mark’s mind not only gains a passion for learning, but also learns to develop their energy, determination, focus, and dedication towards their view of what is possible for their future. He believes that youth who are encouraged to focus on their passion, inspired to never quit, and dream big dreams, can achieve greatness in any endeavor. 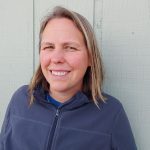 Julie has an extensive background in private business, government and nonprofit and an array of skills that will greatly benefit our board. She and her husband, Tony, own the very popular and successful Pagosa Brewing Company. At Pagosa Brewing Julie manages Human Resources, finances, organizational restructure design and implementation, systems development as well as capital fundraising and construction.

Her past work experience includes Colorado Housing and the Town of Pagosa Springs, Colorado where she acquired a varied skillset including grant writing and special event coordination.