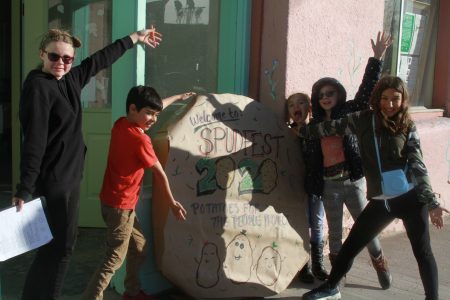 On Saturday, January 25th the Pagosa Peak Open School (PPOS) Food Security Task Force (FSTF) left Archuleta county to explore how people in SW Colorado are tackling the huge problem of food security. The task force is comprised of nine 4th-6th graders who are trying to create change in Archuleta County starting within PPOS. The first stop on the trip was Fields to Plate Produce in Durango, a local farm with a greenhouse, sheep, and a dog named Oakley.

“They were very scientific, but we learned about the shelf life of produce and how hard it is to grow in a 90 day season,” said 4th grader Zaiden. An emphasis was made on growing root vegetables and eating seasonally.

The next stop was Manna Soup Kitchen, also in Durango.

“The soup kitchen started because a lady died from not eating enough food and they didn’t want that to happen again,” remembered Amelie, another 4th grade student.

The tour led the FSTF through a commercial kitchen available to the public, a meeting room, a garden area, a greenhouse, the soup kitchen, and the many fridges and freezers needed to feed Durango’s population.

“The thing I remember most was the room storing all the supplies for the weekend backpack program. There weren’t any fresh fruits or vegetables,” said 6th grader Kaylee. 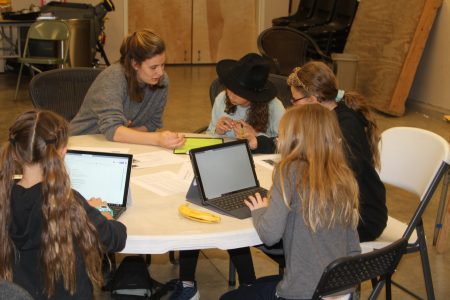 After eating some apple crisp made with commodity apples, the FSTF piled into the van and drove to Absolute Bakery in Mancas. As we waited for our food, the owner told the group about why farm to table is important to him.

“The owner used to be a farmer so he thinks it’s important to support people growing food in our area. He also wants us to remember how good we have it here. It’s not like Africa where people barely have anything to eat,” said 4th grader Bella.

The FSTF finished some of the best burgers they had ever eaten and drove the last leg of their journey. As they passed the Safeway in Cortez, they realized the people living in Mancas had to make this drive any time they needed groceries.

The last stop on the trip was Spudfest at the Cortez Sharehouse. Produced by The Good Food Collective, Spudfest was created to celebrate the Potatoes for the People Project. The students ran between stands learning about groups like Cooking Matters, the Sharehouse, and local farms, eating potatoes and asking everybody in sight, “What does Food Security mean to You?” With answers ranging from “locking my food up” to “making sure everybody can access food in a dignified manner,” the FSTF realized how many people are working on the problem. 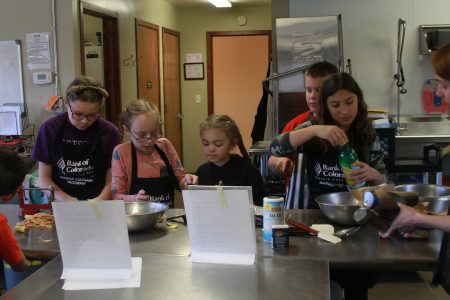 The day was rounded out with a tour of the Sharehouse facilities which house a CSA (community-supported agriculture), The Good Samaritan Food Bank, and an artist studio.

“Maybe if we get people to draw food very closely, they will appreciate it more,” wondered 6th grader Sarah Joy.

Before we left, the Good Food Collective emphasized the importance of working together to solve Food Security and 6th grader Jessie Elledge won a new backpack.

After going over our notes from the trip, the FSTF has decided to create an animation video explaining what food security means to different people and why it is important. The task force also hopes to work with different groups to revamp the backpack program and reduce the stigma surrounding food supplements. 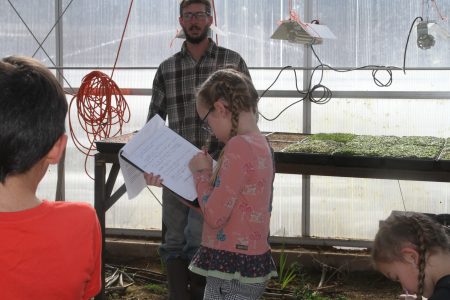 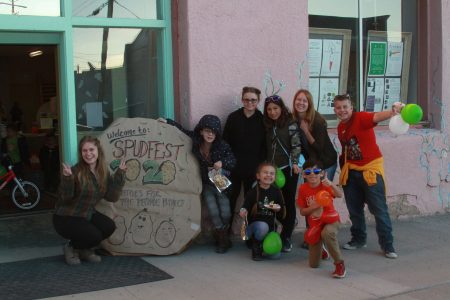 February is Open Enrollment for the 2020-2021 School Year