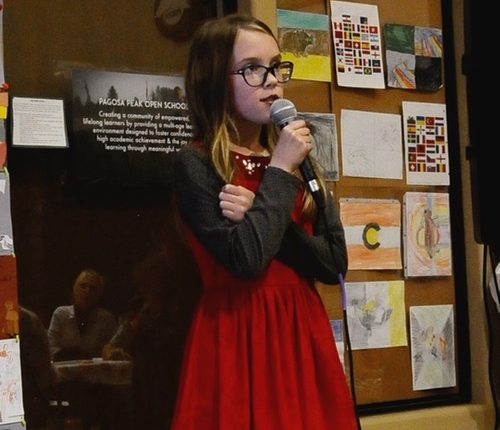 I’ve performed for a lot of different audiences over the years, but this crowd had me nervous. From Carnegie Hall to stand-up poetry slams, I thought I could handle any group of onlookers, but I had a feeling this audience would give me some real, raw feedback, for better or worse.

On November 12, 2019, I went before 26 students of Mr. Davenport’s 4th and 5th grade class, including my daughter, at Pagosa Peak Open School to perform six of my poems. Each poem is also a song I had written over the past 25 years, so I performed the poem-songs acapella… or with guitar.

Mr. Davenport’s class had spent the first quarter of the 2019-2020 school year doing a Project-Based Learning poetry activity, studying and writing poetry, and were preparing for their own night of poetry performance at Pagosa Peak’s first “Pasta and Poems” event… coming up in two days, on November 14.

The thing about kids, especially this age group, is they will give it to you straight. If you rock, you will know… if you blow it you will also, unfortunately, know. Impressively, they gave me their full attention and the questions that followed expressed true interest. Our conversation also took a few unexpected turns into the realm of overcoming stage fright and social-emotional issues.

“How do you overcome stage fright?” Oliver asked.

“I have never actually overcome stage fright. I was super nervous singing for you today,” I replied.

“Absolutely, in fact most performers have stage fright, you just learn how to push past and get on stage anyhow,” I assured him.

“I had stage fright once,” piped up Sheyenne. “My cousin off stage made me laugh and then I never had it again.”

“Why did you start writing poetry?” Zaiden asked.

“I started writing when I was 13,” I answered, “I had just moved to Florida from Ohio and I was a smart kid, the smartest in my class, and I was picked on and bullied a lot. Poetry, and then eventually songwriting, gave me an outlet. It gave me somewhere to put my emotions. A way to control them.”

“I used to get bullied,” admitted another student, “but one time I sang a song and my bullies thought it was really good, and then we became friends.”

“You said you were not any good at guitar… you were really good!” Wyatt exclaimed.

“Thanks Wyatt, I practiced that song a lot, but compared to a lot of musicians, I am a beginner.” I chuckled.

“How did you get good at writing poems and songs?” Zaiden inquired.

“The same way people get good at doing anything. You find someone who is the top of their field, like a good poet or musician, and you study them. You practice and practice and eventually you become a better writer. For me it took probably 10 years before I thought my work was any good. For most people the more you practice, the faster you become good.”

The encouragement and real conversation with these students brought me back to an age and time where poetry and songwriting helped me deal with tough parts of life, a time when my emotions were bigger than I was.
Their concern about stage fright was a big deal for some, and with good reason. ‘Pasta and Poems’ was right around the corner. Mr. Davenport had invited all 26 families to attend. These kids were about to perform their own original poems in front of close to a hundred people. 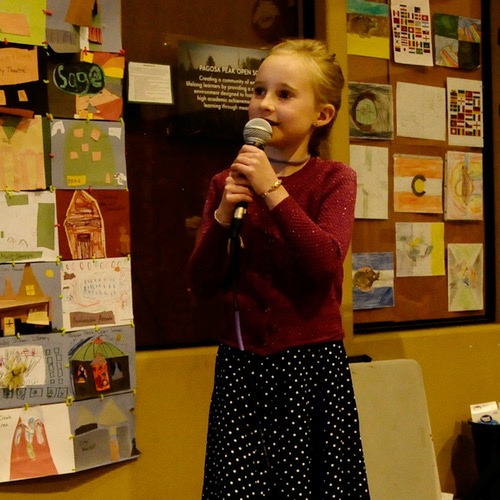 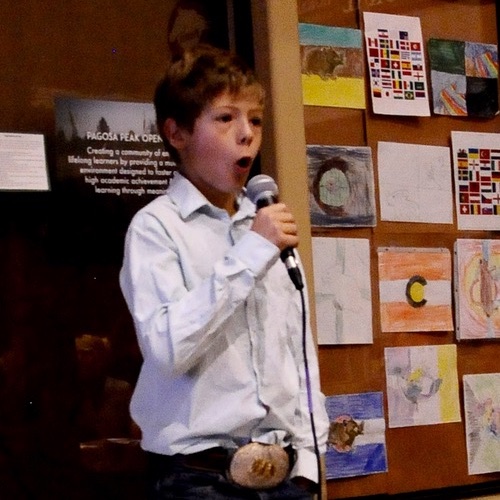 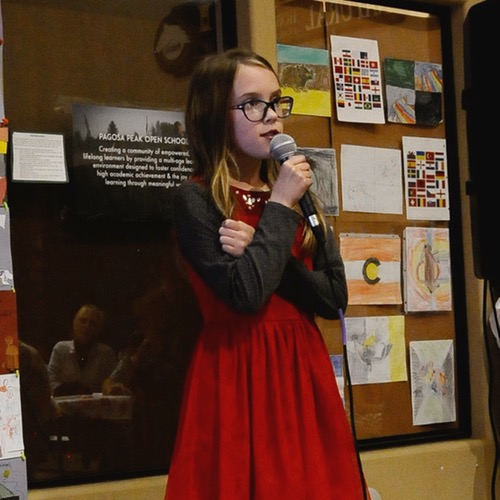 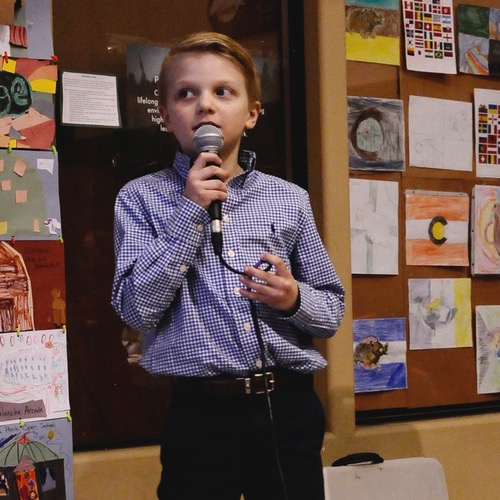 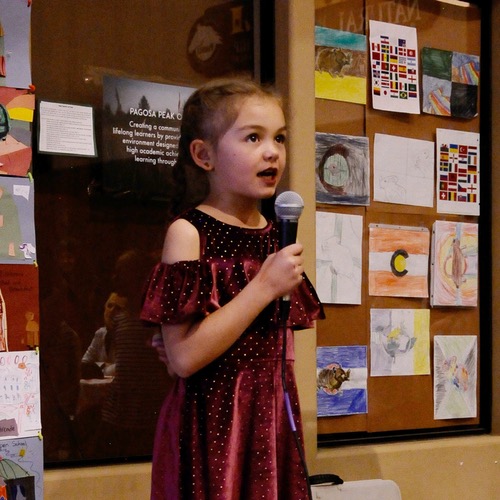 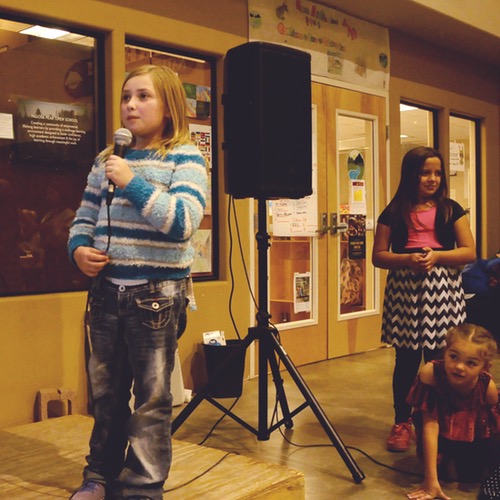 Two nights later, on November 14, I watched each of these kids get on a stage in the school’s lobby and show off their writing and their unique personalities. I cried and laughed and realized that these students had given me a gift. They encouraged me to get back on stage and perform.

I am setting up auditions and getting back into a life of performing that I had thought behind me.

And though Wyatt thought I was “really good” at guitar, I am also starting guitar lessons…